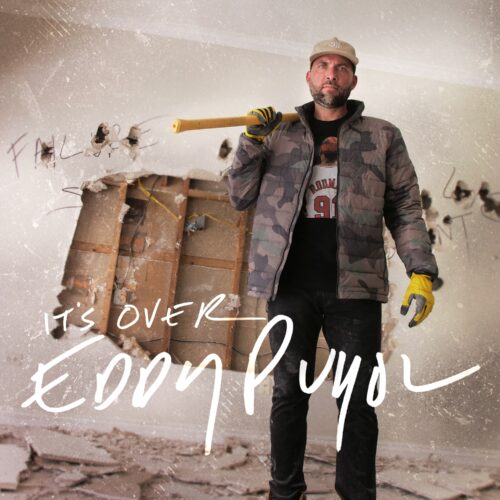 The phrase “It’s Over” can convey countless emotions. The speaker can say it with reluctant resignation, fed-up frustration, or even Vince Carter-level confidence. And if you’re anything like Eddy Puyol, you’ve probably experienced all three at some point.

On this song the artist revisits times in his life when he’s had to say “it’s over” out loud. The energetic pop anthem embodies a Puyol family mantra (“If you start something – finish it”) and serves as the third single off the upcoming Pronounced Pooh-Yole album.

“I’m all about making statement records and music that empowers my listeners to take a stand for ideas and people they truly believe in,” Puyol said. “This piece is no different.”

The visual for “It’s Over” was captured by Jesse Vasquez for His Elect Media who also shot Puyol’s “Walk With God” music video featuring Houston’s own Lil Raskull and whose son, @ShotXDuke, snapped the single’s cover image.