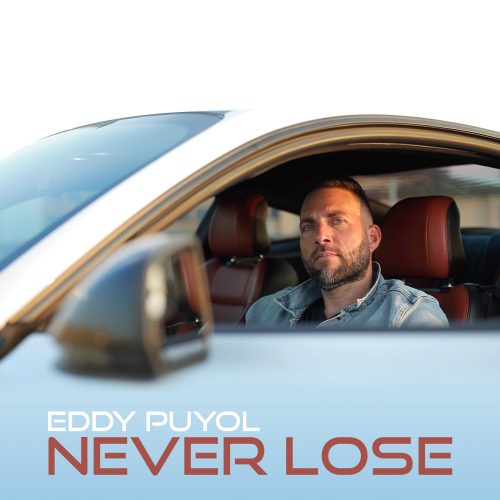 Never lose. Seems impossible. Nobody succeeds 100 percent of the time. We’re all human and certain to take an occasional “L,” right?

Sure, it may be unreasonable to expect literal perfection in every facet of life, but what about on a mental level? Can’t you still maintain that mindset to overcome daily challenges?

Eddy Puyol believes so. It’s the mantra he carried for years under the Rawsrvnt moniker and one he continues to embody in the music recorded and released under the name he was given at birth.

“Never Lose” is also the title of his latest single.

“I’m resilient,” Puyol said. “After everything I’ve recently gone through, I found that if I take the high road, don’t sweat the small stuff, and play the long game – I’ll win.”

Eddy wrote the tune while watching football with his young daughters with the beat playing in the background. Inspired by the action on the screen, he began experimenting with word combinations and hit upon the “Never lose, only win” chorus. “All gas, no brakes” shortly followed and was immediately repeated by his kids.

The track is reminiscent of previous sports anthems Puyol created that were licensed for sports broadcasts like the NBA Finals, NBA Draft, and NFL games.

The accompanying music video is a bit of a family affair with Eddy Puyol’s parents, siblings, and daughters all making cameos that are sure to delight viewers. Watch it on YouTube today.