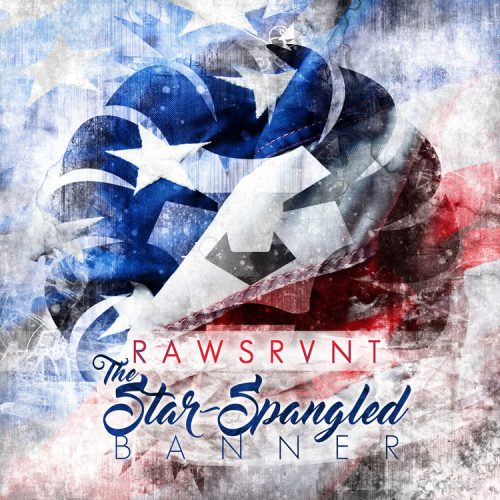 There have been a handful of iconic performances of “The Star-Spangled Banner” throughout the years.

It’s a challenging song but one that most artists, at some point in their career, attempt to tackle.

The latest comes from Eddy Puyol – a multi-genre recording artist who often performs under the stage name Rawsrvnt. While his discography includes reggae, spoken word, and worship – for the national anthem Puyol chose a hip hop/pop blend.

The track includes a drum cadence and Puyol’s soulful croon of the unadulterated lyrics.

“I know that when some people hear the words ‘hip hop’ and ‘Star-Spangled Banner’ in the same sentence their eyebrows immediately get raised,” Puyol said. “But this is the language of today so I felt it was only right to put this spin on our nation’s most treasured tune that would showcase, not only my love for hip hop, but for our country as a whole.”

Puyol noted that he comes from a family of Cuban immigrants who sought refuge in the Land of Free and that he is extremely proud of his country. This version is simply merging the cultures he loves and lives and offers a fresh take on a song many may take for granted simply because it is so familiar to them.

Rawsrvnt’s version was brought to life by Chuck Hemann – a producer he worked with on his last album (Game Changer) as well as on his Grammy-recognized No Ordinary Love project.

Puyol, who shares a birthday with the United States of America, hopes listeners will see the patriot inside of his performance – whether it is on record, at a live event, or a televised athletic competition.

“This song is really special to me and I look forward to rockin’ it in stadiums and arenas around our great country,” he said. 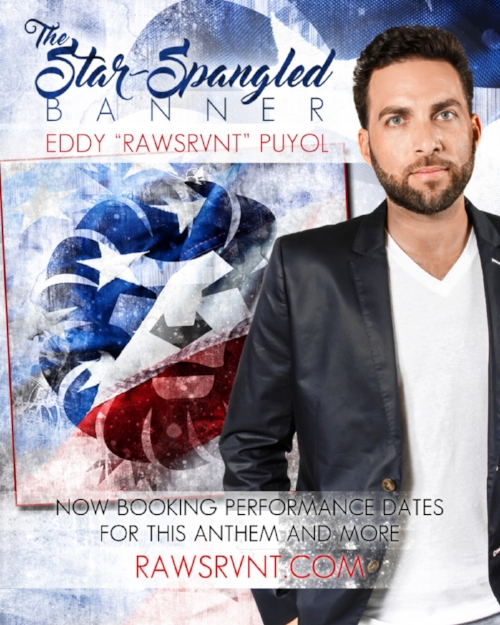 Rawsrvnt’s version of “The Star-Spangled Banner” can be heard on YouTube as well as purchased on iTunes or any major digital outlet.

Fans who enjoy the single or are interested in booking him to perform the song at their event are encouraged to visit Rawsrvnt.com and use the #HipHopUSA hashtag on social media.